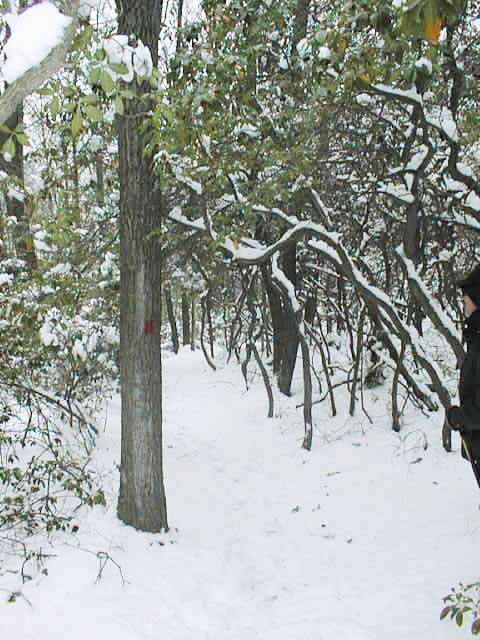 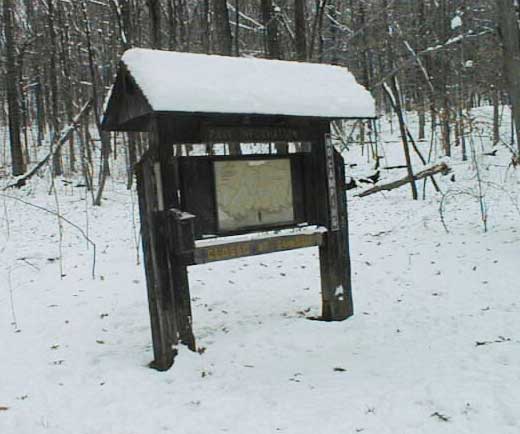 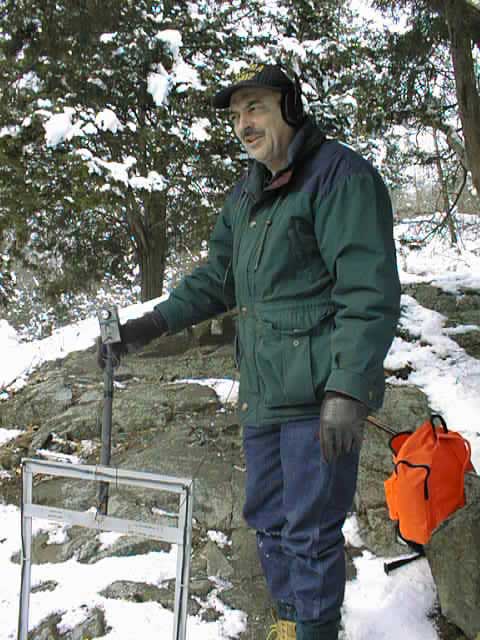 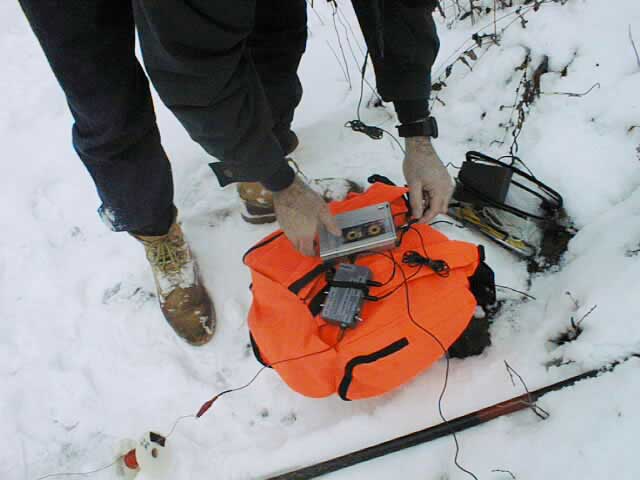 Sleeping Giant has been the traditional field testing site for all LF Engineering low frequency products.

VLF and ELF, or Very Low and Extremely Low Frequency, is the portion of the electromagnetic spectrum below 10 kHz. This bottom end of the radio spectrum is best known by researchers and VLF/ELF experimenters for its unusual electromagnetic emissions and propagation phomena. Typically not used for radio communication with the exception of radio navigation (OMEGA, 10 kHz) or limited submarine communications (70 Hz), the band remains clear for the listener to observe and study naturally occurring radio emissions both terrestrial and atmospheric.

The VLF/ELF band has been the center for a diversity of electromagnetic research over the decades. Research in this band has included everything from the study of atmospheric emissions caused by lighting strikes and solar flares to the study of low frequency electromagnetic tectonic transients below the earth's surface. In the 1950's the military used this band to track missiles by listening to their resonant exhaust signatures at about 12 kHz. Even flying insects can't escape notice for they emit a weak but detectable low frequency electrostatic signal every time they flap their wings.

The most recent and possibly one of the more exotic studies of VLF propagation was conducted by NASA in March of 1992. Using an orbiting shuttle as a base, a series of VLF space to earth signal experiments were conduced using a charged particle beam as a long wire antenna. Modulating the beam, the experimental transmissions attempted to propagate signals to earth. With the help of volunteer VLF experimenters in the United States and around the world, the transmissions were monitored, recorded and carefully logged. The independent volunteer data collecting program INSPIRE, whose efforts gathered the networked data for NASA with the hopes of furthering the knowledge of VLF and atmospheric propagation.

The easiest and most prevalent emission to detect within the VLF/ELF spectrum is the naturally occurring atmospheric phenomena known as "atmospherics or sferics," which also includes the phenomena called "whistlers." Electrmagnetic radio emissions generated naturally from several thousand lightning storms world wide transverse the world daily creating the audible sound of pops, chirps and tweaks. Interacting with the earth's magnetic field distant occurring lightning emissions can produce a variety of unusual and beautifully natural sounds.

Most lightning generated emissions are sub_ionospheric and travel great distances ducted between the earth's surface and the ionosphere. Stretching around the periphery of the earth at altitudes between 45 and 75 miles, the ionosphere acts like a low frequency waveguide and variable bandpass filter to effectively pass emissions between 1 and 30 kHz.

The most distant occurring lightning emissions are detected as "whistlers" because of their audible descending note. This type of propagation is characteristic of a waveguide, where lower frequency emissions are attenuated and delayed while higher frequencies are passed, in effect, causing a phase delay or dispersion of the original signal. Whistler notes lasting between 1/2 to 1-1/2 seconds are not uncommon, with reflecting or multiple hop emissions lasting longer.

The paths of many atmospheric emissions follow the route of a long loop through the earth's magnetosphere and back, following magnetic filed lines to conjugate points on the earth's surface. The magnetosphere formed by the earth's magnetic field, extends thousands of miles into space and protects us from harmful cosmic particles and rays. Electromagnetic emissions ducted through this field follow the paths of electrically charged ion chains held within magnetic field lines. Electrical waveguide paths of over 15000 miles between magnetic conjugate points can be realized with this phenomena. To a natural radio listener, this means that a lightening induced emission occurring in the South Pacific might be heard seconds later as a whistler in North America, after having traveled many thousands of miles into space and back.

The far reaches of Natural Radio research have also included the studies of the famed wheat field phenomena called crop circles. Theoretical studies have suggested that energy to produce the crop circles in the Wessex region of England could be caused by lightning induced energy from storms originating in the Indian ocean. The energy from such storms (detectable as a whistler) might travel through the magnetosphere in such a way as to cause a land disturbance upon impact.

The monitoring of atmospherics, whistlers and other natural radio phenomena has been beneficial to researchers studying long term changes within or environment. The various types of natural radio research and the studies to correlate their data with other naturally occurring events continues to be challenging and endless. If Natural Radio interests you, start by trying out one of our fine receivers. Then if your interest continues to grow, we suggest that you share and coordinate your own activities with others through low frequency organizations such as the LWCA and research programs such as Project INSPIRE. Good Luck.