The 2012 Hifer season proved to be a record breaking year. Many US Hifers(high frequency experimental radio) running milliwatts of power and modest antennas made it into Austrailia thanks to Steve, VK2XV’s grabber. EH in CT was the first to be copied and later RY in Maine broke the record. Shortly after EH broke that record being copied on VK7ZL’s grabber in Tasmania.

Also IK1WVQ in Northern Italy copied many Hifers as well as shown below. 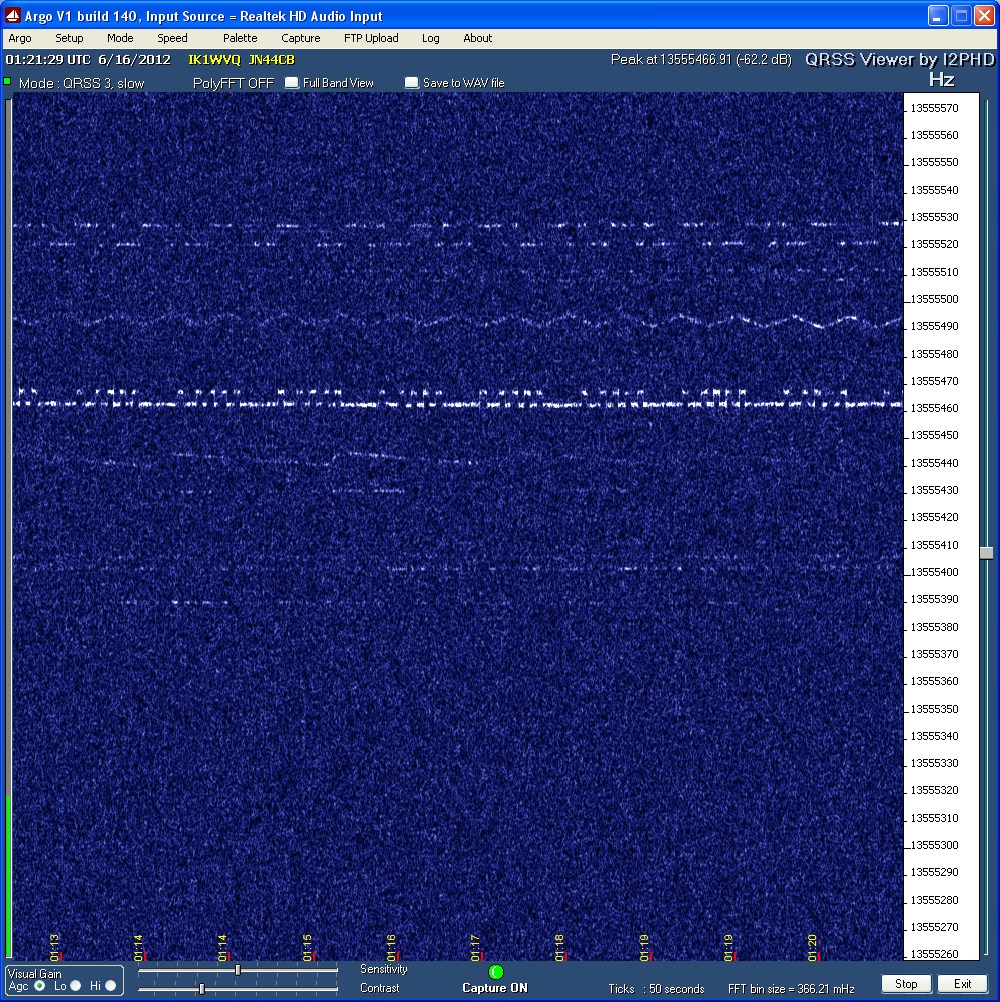